Get to know the people that will make your journey with us as easy and productive as possible! 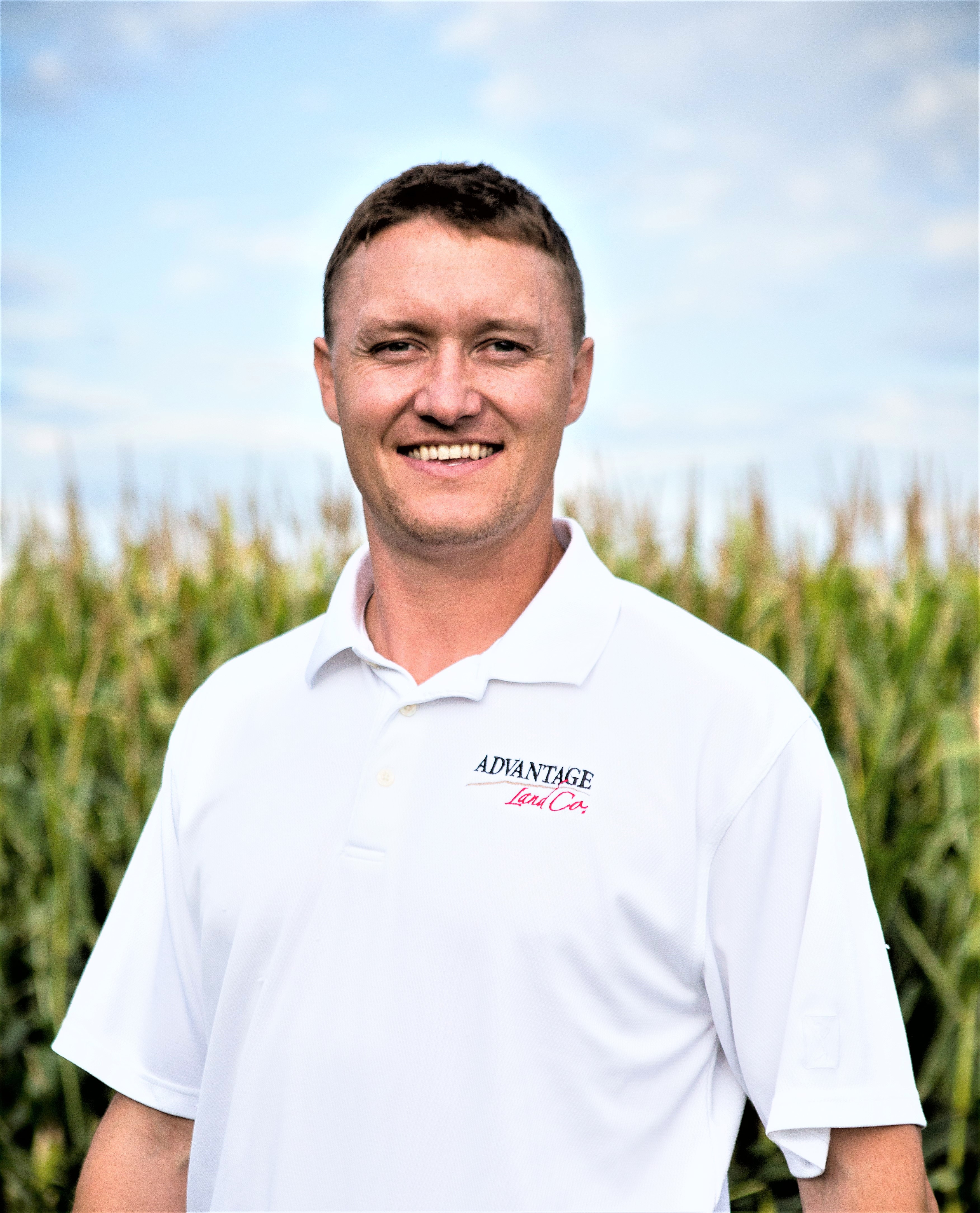 Growing up in Elkton, South Dakota on a cattle and row crop farm, Jackson understands the agricultural community along with the commitment and hard work it takes for a family business to be successful.

Jackson is currently a Land Broker, Auctioneer, and Farm Manager across South Dakota and Minnesota. He is the lead auctioneer and Broker for the Advantage Team. His experience in farm management has led him to improve several farms efficiency, yields, and acres into production through various farm projects. Being a regional land broker he has a wide spectrum of knowledge on different rental rates, land values and active buyers across the region.

As a graduate of Northern State University in Aberdeen, SD, Jackson has a Bachelor of Science degree in Finance and a Minor in Economics. Throughout his years at Northern State he was honored to be a team captain for NSU Football his senior year.

Jackson married his high school sweetheart, Barbara, and they now have 4 children, Mason, Dawson, Hudsyn, and Madisyn. Jackson is an avid outdoor enthusiast and enjoys playing with his kids, hunting, farming, working cattle, and spending time around a campfire with friends and family. Jackson manages the family farm near Elkton for row crop production and prime habitat for wildlife. His experiences of growing up on a farm have built Jackson's knowledge base and passion for agriculture and the outdoors that continue to grow more each day.
Cell: 605.690.1353
Email: Jackson@advantagelandco.com 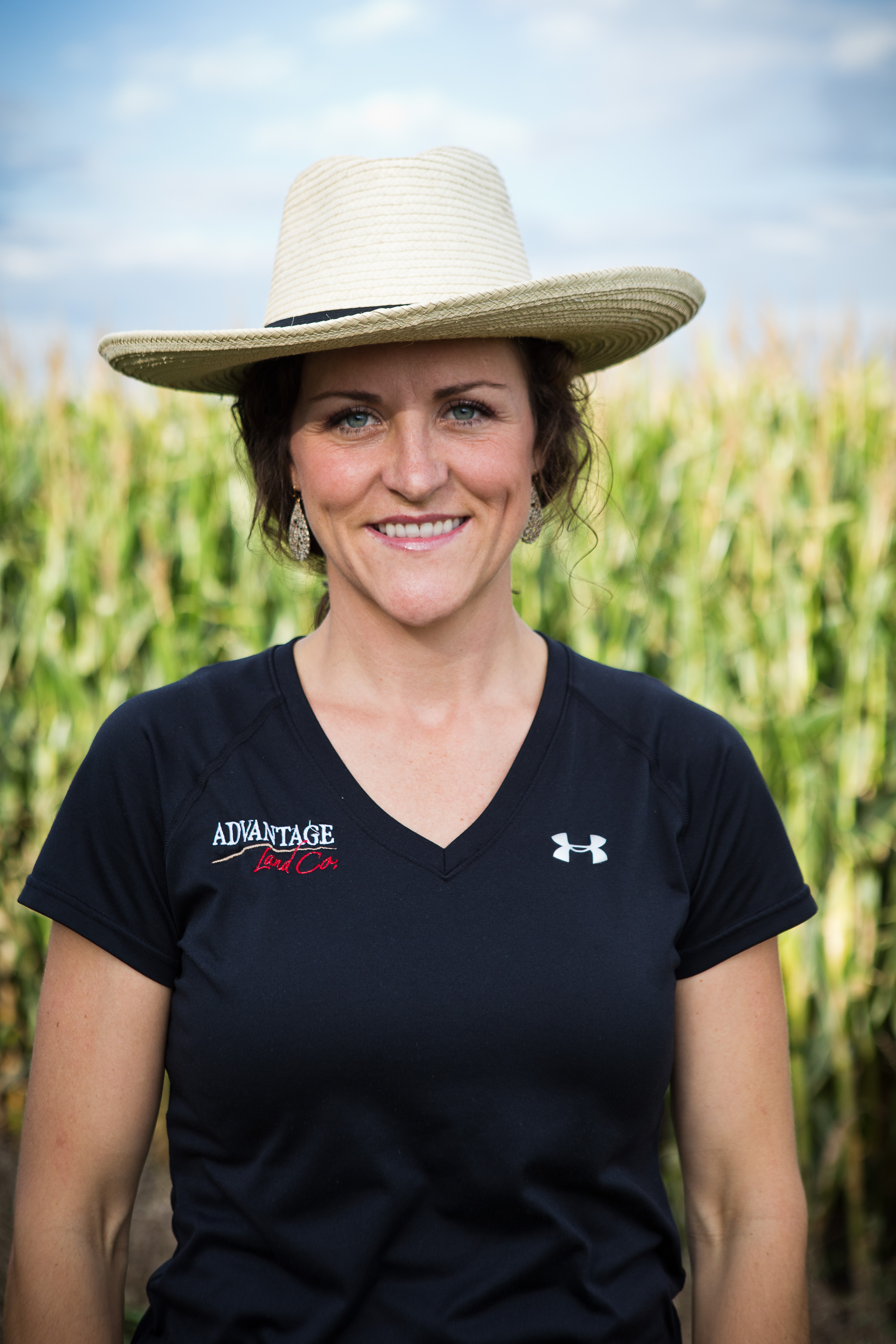 As a 4th generation South Dakota family business owner, Megan knows and continues to learn the value of family and excellence in service as modeled by her family and previous generations. Her passion runs deep for families, farming and ranching as her experience growing up on a family farm and cattle operation in South Dakota has taught her a great deal.

Megan is dedicated to excellence in her craft and is enthusiastic about continued education as she graduated from Continental Auction School and Texas Auction Academy. More recently she is honored to be a graduate of Certified Auctioneer Institute (CAI) and the World Champion Ringman College (WCRC). She is active in the South Dakota Auctioneer Association (SDAA), the National Auctioneer Association (NAA) and continues to attend further education for personal and professional growth.

Her husband Lane and daughters Josephina and Ruth are integral parts of Megan’s present and future success! 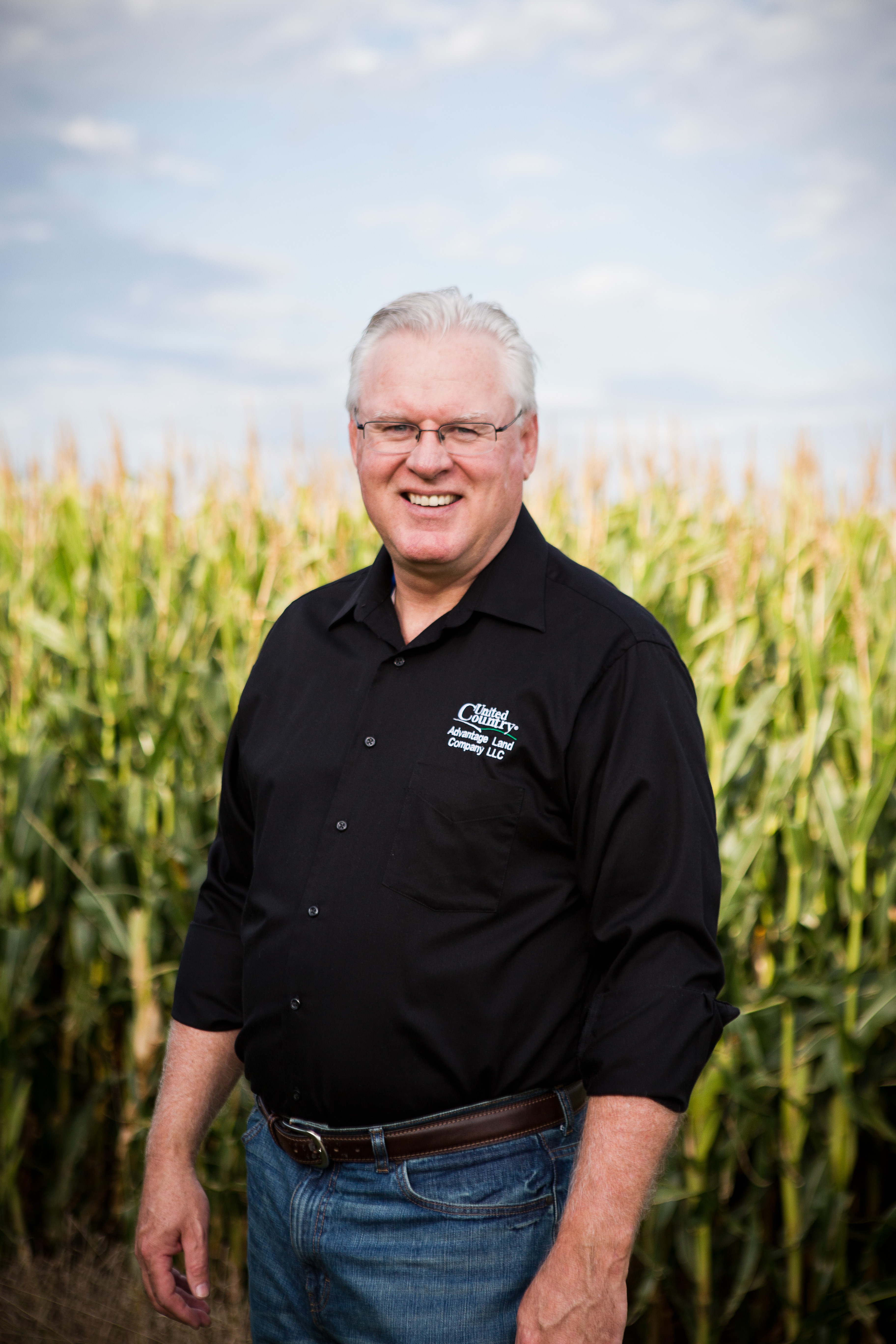 Humility. Integrity. Reliability. Having been in finance his entire adult life, Chuck has foundational experience. The value he brings to land owners and buyers through his understanding of finance, investments and economics is priceless. He has served in the real estate sector for 19 years, assisting in marketing a variety of South Dakota and Minnesota properties.

With a degree in agricultural economics from South Dakota State University, Chuck's primary focus is serving as the President of BankStar Financial, which he has led since 1998 and grown from one to three locations in Brookings County, South Dakota.

Chuck and his wife Toni have four daughters and are active in their community and church. Chuck enjoys an occasional pheasant hunt, spending time with family, taking in his daughter's basketball & volleyball games and being a subtle, but influential family member. Chuck not only is a valued part of our family but is a tremendous asset to our family business as his character and attitude steer us toward building lifetime relationships. 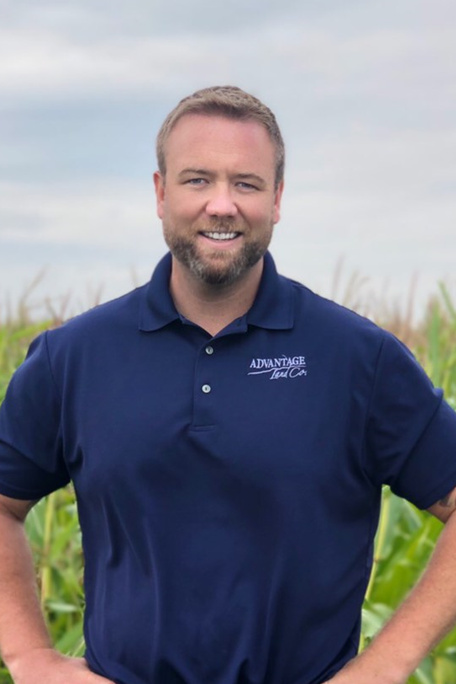 Raised on a small farm west of Elkton, Kyle derives his sense of purpose from a love of rural farm communities and the families who represent them.

Enlisting in the Army in 2003, Kyle served most of the next 14 years in the 101st Airborne Division out of Fort Campbell, Kentucky. While stationed with the 101st, he deployed in support of Operation Iraqi Freedom in 2005 and again to Afghanistan in 2012 and 2014. As an Infantryman Kyle held numerous positions beginning as a machine gunner, sniper, spotter, squad leader and ultimately, platoon sergeant.

Kyle is the recipient of a Purple Heart while serving in Iraq and an Army Commendation Medal for Valor while serving in his most recent deployment to Afghanistan. He is also the recipient of the Audie Murphy Award, being one of only eleven non-commissioned officers selected from over 2,500 competitors in 2012. In 2014 Kyle was also awarded the Order of Saint Maurice for his actions in combat as an Infantryman. Kyle’s military schools and awards include the US Army Airborne School, Pathfinder School, Air Assault School, Rappel Master School, Sniper School, GPS Warfighter Sniper Course, Heavy Weapons Leader Course, Advanced Leader Course and the Combat Infantryman's Badge.

After completing his service to the Army in 2017, Kyle immediately set out to develop his own online sales platform stretching across multiple venues.

Entering his third year of business, he recently celebrated his 10,000th customer, with over 30,000 items sold from a recurring pool of 1,100+ unique products.

Kyle holds a Bachelor of Science Degree from Austin Peay State University and is married to Sarah with their three children, Melanie, Michael, and Samantha. 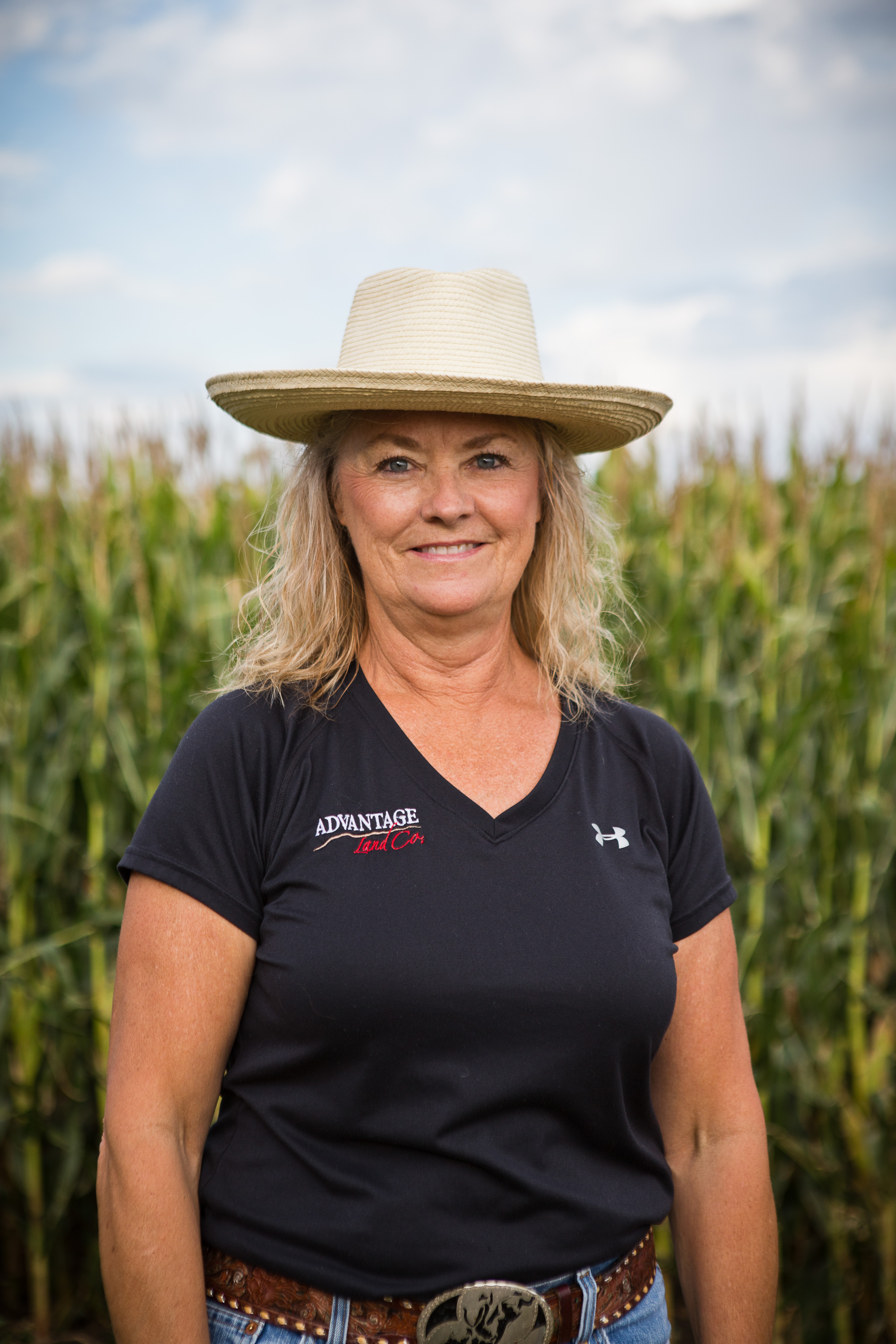 Proud to be a native of South Dakota, Laura was raised on a farm near Howard with a family background in farming and ranching. She has continued that lifestyle in Brookings County for the past 33 years while raising three successful children. As a real estate agent since 2011, her experience with families, cattle & crops throughout her lifetime makes her an invaluable asset to anyone selling land as her wisdom and compassion helps others walk step by step through difficult situations. Her ability to offer practical solutions with common sense is among the best. Laura's bookkeeping experience for a commercial cattle operation provides skills of attention to detail and ability to multitask, also making her our invaluable office manager.

Because she is very much family oriented, one of her greatest joys is pending time with her 6 grandchildren on the family farm near Elkton, S.D. Laura has recently accomplished several extended bicycle rides, taking in the beautiful scenery of South Dakota, from the corn belt to the black hills. One of her favorite hobbies is horseback riding on the trails across South Dakota and Minnesota. 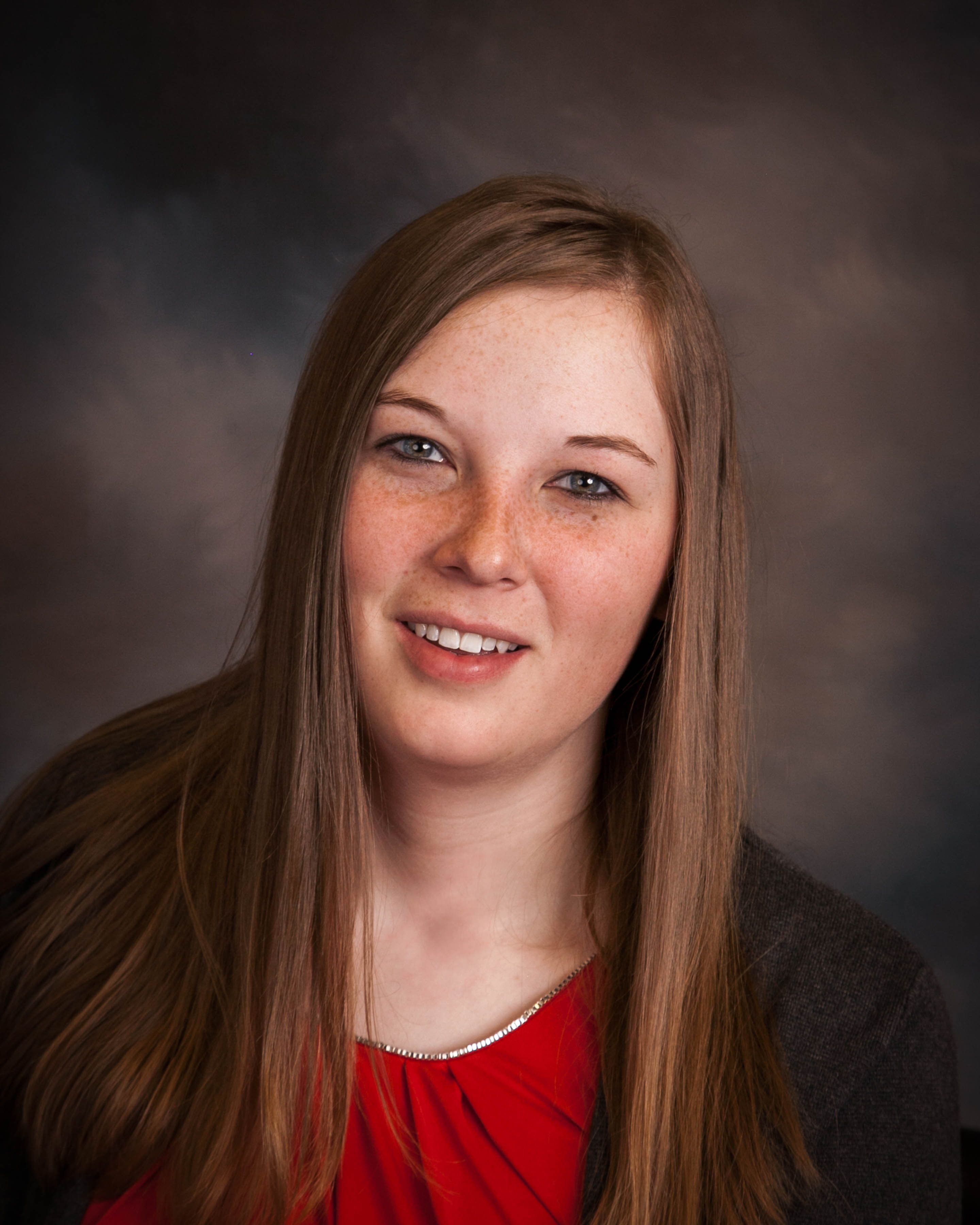 Elizabeth is based out in Western South Dakota in our Sturgis location. Elizabeth is a member of the SDAA and ASFMRA and has plans to obtain designations through ASFMRA. She looks forward to all of the opportunities these organizations have to offer and is excited to become actively involved.

Elizabeth attended South Dakota State University where she earned her degree in Animal Science with an emphasis in Business and Production, as well as a minor in Ag Business. While in attendance at SDSU, Elizabeth was active in Collegiate 4-H where she served as Vice President her senior year. She was also active with the Ag & Bio Prexy Council and played an active role in planning and attending many of the important Agriculture events on campus, such as AG Day.  After graduation, Elizabeth attended the Western College of Auctioneering in Billings, MT.

Elizabeth married her high school sweetheart, John, and they have a daughter, Keegan. John and Elizabeth live on the Wilcox Family cow/calf ranch, where John is the 4th generation just outside of Union Center, SD. When Elizabeth isn’t working on the ranch or helping John run his trucking business, she enjoys the outdoors. Elizabeth is an avid hunter, loves to fish, raises and sells beagles with her dad, and loves spending time with friends and family.

Lisa has been actively selling real estate in South Dakota since 1996. She graduated from South Dakota State University in 1985 with a major in Commercial Economics and a minor in Computer Science. She enjoys spending time with her family and going to the lake cabin during the summer months.

If you are not already a user on our site, click the button below to create an account.